Messina has a special connection to its Parton the Virgin Mary. Not only does she welcome the ships into the port with her giant golden statue at the entrance of the naturally formed inlet. She has many churched dedicated to her, and her image is at the centre of the city’s immense faith and religious celebrations.

On the third of June, a procession is dedicated to the Sacred Hair of Mary, a single strand of hair which according to the myth was tied around the letter sent to the city. The scroll is part of a procession around the town for the Madonna della Lettera.

For the mid-August holidays, a float is constructed in her honour at Messina. The Vara, an elaborate cart depicts the biblical structure of the universe from the earth up to the heavens completed with a hierarchy of angels ending with the image of Christ who supports his mother in the palm of his hand raising her into the sky as she ascends body and soul into heaven.

The ornate structure is pulled along basic iron slides by the Messinese with long tow ropes while singing praises to Mary. The celebration has a long history and is central to the city’s expression of faith and trust in their patron.

The Quattro Fontane (four fountains) once dominated the corners of the two main streets of the city in pre-1908 Messina between Via Austria (now via I Settembre) and Via Cardines. The decorative fountain heads were constructed between 1666 and 1742.

The immense structures were symbolic of the city’s beauty and aesthetics before the disaster hit. Palermo’s surviving Quattro Canti mimic the style and grandeur of what Messina’s four fountains may have been.

The first fountain was designed by Florentine architect I. Mangani while later in 1717 the second was made by a local sculpture Ignazio Buceta. While the final two were completed in 1742 by unknown artists.

Damaged significantly in the 1908 earthquake the two remaining fountains have been reassembled in the surviving stretch of Via Cardines, while fragments of the other fountains in this series are preserved in the Regional Museum of Messina together with many artefacts left behind in the aftermath of the destruction of the city.
The details in the two reconstructed fountain heads recall the influence of the Tuscan and Roman style which was popular in the seventeenth century. The elaborate decorative heads and features remember elements of mythology and the artistry behind their designs is obvious.

Even if only a little part of these fountains survived, it is certain they were terrific to witness when they first became a part of the city of Messina. 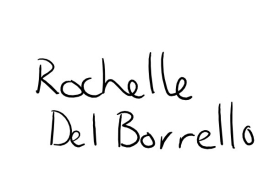