People love Italy, they fantasies about it, they want to live here but never realise how broken a place it is. It is slow in mentality, stubborn to change and frustrating for someone who is used to living in a younger faster moving, more efficient country. One day when the rest of the world is older perhaps they will understand the superficial awe surrounding Italy is all about magical lighting and idealistic dreams.

Above the Indian Ocean, I suddenly had flashbacks of how much I’d disappointed my family, how much my heart is filled with longing with regret, it makes me feel so lost, yet determined to not keep it in my heart. I resist the sensation of being sucked out through a vortex, under my seat.

Negotiating Rome airport is a nightmare. It’s a terrible scramble off the plane as if everyone simply has to claim their baggage and head to the exit. But often you need to catch that elusive final flight within Italy’s borders, so you need to prepare yourself for the obstacle course, which changes every couple of months, thanks to the constant evolution of Fiumicino Airport, helped along by the occasional spontaneous fire from a lack of maintenance.

First, to negotiate a conglomerate of sweaty, frustrated and simmering people, there are no orderly lines to follow, you have to push your way through onto the monorail and onto security check lines. Liquids in clear bags, tablets, cameras, portable computers, watches, belts, wallets and handbags in security trays. Dress yourselves and repack and head to passport control, if you are lucky you will be shoved into a bus heading towards the domestic terminal, dodging taxiing planes, freezing in winter and sweltering in summer, be sure to check your gate number frequently, as it will be changed at the last moment.

There will be delays in boarding, persistent confusion and you will be twiddling your thumbs on the plane as luggage is loaded and unloaded. Do not be alarmed if vapour comes out of the plane in the summer as it is the way the airline keeps passengers cool while they wait, all a part of Alitalia making travelling easier, (I wouldn’t be surprised if it has sedatives in it), so take a deep breath and grab an overpriced drink or gelato in the terminal.

Sicily is such a sad old place.

Italy is stylish and trendy but appearances are superficial, underneath the glitter, there are overindulged children who refuse to help themselves and their mothers in crowded airports.

Australia is so fresh and new in comparison to Italy, full of hope and too much traffic where everyone is busy, working and living lives filled with activities for their children and ambition in their hearts. This time I take with me the memory of the peppery smell after brief showers in Perth and the colours of a new crisp antipodean winter morn. Australia has changed so much I barely recognize it, forgetting how to navigate the new suburbs while Sicily barely holds back its decay. Sicilia is a contrast with the heavy smell of dust and tobacco smoke, along with the rich aroma of the coffee and the glorious July sunshine which bathes the island of the sun with a magical light.

I am a bridge between these two places, stretching myself out so thinly I nearly break. 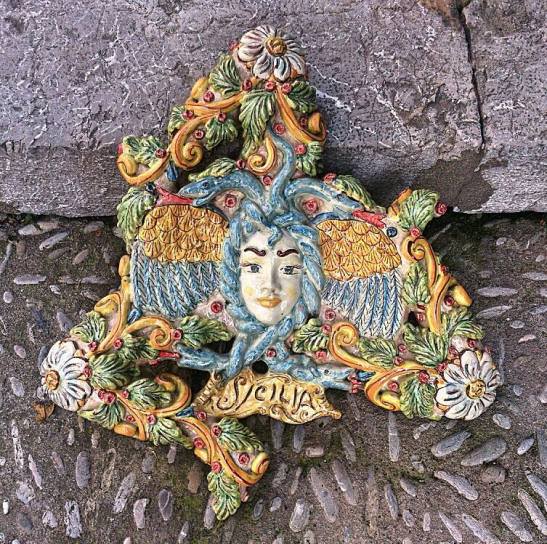 I ask my dearly departed grandfather with a prayer, why did he choose to migrate to Australia from Sicily, why not Germany or France like so many of his cousins? Or America or Canada like my father’s Abruzzese family.

I suddenly realise my Nonna didn’t have a choice, where he went, he had cousins who were doing well and other friends and family who helped him as destiny pulled us to Australia. My mother and grandmother camping in the bush outside of Merredin near Kalgoorlie, W.A, sharing their tent with snakes and lizards, while Nonno cut wood for the hungry ovens of industry in 1950’s Australia. So were my family’s first steps in their adopted home and my idealized Eldorado.

Every migrant misses their birthplace, it is the irony that our origins become an elusive dream which can no longer exist. Like the fascinating poetry of Ibn Hamdis an Arab Sicilian poet from the eleventh century who was born at Syracuse and lived his first twenty-five years in Sicily, until being exiled from the island by the Normans, to never return. Hamdis lived into his eighties and wrote the most delicate, emotive poetry dedicated to what he considered his spiritual home, which can be universally addressed to anyone who has moved away from their birthplace:

I see her [Sicily] in every moment of my memory

and send to her

the tears I cry

I yearn with melancholy

for the home, the neighbors and the attractive

virtues of the girls

who I left my heart to

where my body wishes to return.

15 thoughts on “Coming back to Sicily: contrasting reflections”