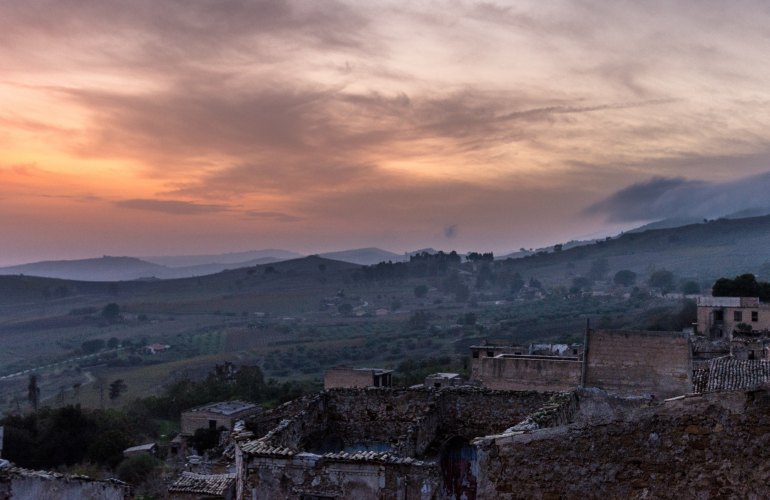 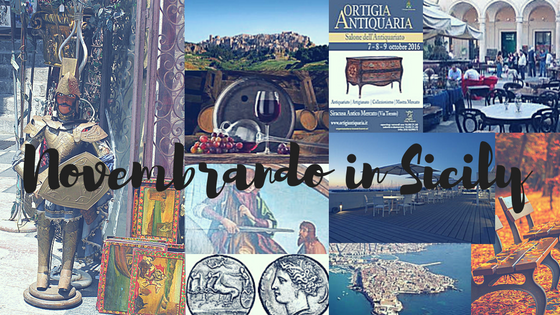 It’s already November in Sicily but this doesn’t mean things have slowed down on the island there are always many events and festivals going on in every province throughout the year. I thought I’d share some of the most colourful for visitors to experience this month.

The events mentioned here are annual events, times and dates may change from year to year so be sure to check information online.

The Museo Internazionale delle Marionette Antonio Pasqualino is a Palermo based museum which is dedicated to traditional Sicilian marionette puppet theatre which narrated the history of the Crusades, the Norman period and featured some masters of Italian Literature from Ludovico Ariosto, Matteo Maria Boiardo to Torquato Tasso.

The International Puppet Museum also collects objects from puppet theatres from all over Europe and the world including puppets from France, Spain, Thailand, Vietnam, and Burma.

The Morgana Festival features artistic performers from all over the world – as well as cultural exchanges with similar associations in the five continents and helps the Museum to safeguard this form of theatre which is seen as a prized part of Sicilian history.

The annual Festival has given the museum the opportunity to acquire new objects and expand research into non-European traditions and theatrical practices through collaboration with other major national and international cultural institutions.

Ortigia Antiquaria a Syracuse (Siracusa) 7th to the 9th November

Sicily is a wonderful place for lovers of antiques and art such as ceramics. In November Syracuse hosts the largest antique fair in southern Italy in one of it’s most suggestive neighbourhoods. Ortigia is a small island which is considered the heart of the most ancient part of the city and hosts the Antico Mercato (antique markets) on via Trento at various times of the year, including this November.

Collectors and those passionate about antiques can browse through furniture, prints, books and other objects which make up the rich collection of antiques collected from six different Sicilian provinces (Palermo, Trapani, Catania, Messina, Ragusa and Siracusa) 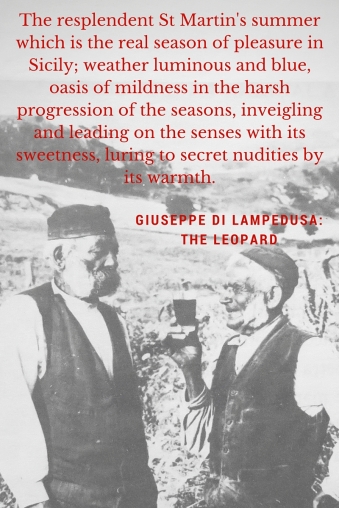 The feast day of San Martino is usually where the new wines are first tasted, this year wineries all over Italy host Cantine Aperte a San Martino a regular autumnal appointment organised by the Movimento Turismo del Vino on Sunday the 13th of November which invites everyone to visit and taste the new fruits of the fall. For a list of participating wineries throughout Italy see the Movimento Truism del Vino’s web page for details.

The actual feast day celebration for Saint Martin is the 11th of November which celebrates the Saint’s miracle of a brief reprieve from the once harsh European winters.

There are literally hundreds of San Martino parties throughout Sicily to celebrate the wine season as they say: ‘a San Martino ogni mosto diventa vino’ (for Saint Martian every grape juice becomes wine) so there are many Sagra food festivals dedicated to wine and pork based products such as salami and other traditional luncheon meat’s made throughout Italy.

Some typical events organized every year in Sicily for San Martino include:

Festa di San Martino at Ragalna (Catania): with the Sagra of the Salsiccia e vino.

Festa di San Martino at Aci Bonaccorsi (Catania): with sampling of the traditional fruit of the prickly pear which is considered a special delicacy.

Festa di San Martino at Palazzo Adriano (Palermo): a unique folk celebration dedicated to married couples who have celebrated their wedding over the last year.

Festa di San Martino at the L’Osteria in Piazza a Villarosa (Enna): which is a traditional mixture of stalls offering typical products, music and folk music.

The opportunities to make the most of the new wine are literally never-ending. 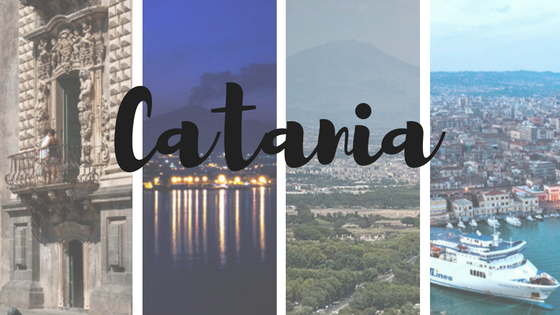 This food expo showcases the best of Italian food and wine with a particular focus on Sicilian producers.

The three-day event is packed with training workshops, taste itineraries: which show off various combinations between wine, oil and food, alcohol, chocolate,
cheese, cured meats and sausages, seminars and company presentations, demonstrations from well known Italian chefs and pastry chefs, book presentations and a focus on digital marketing in the food & beverage industry.

This big celebration celebrates the two patron saints of the city, San Nicola di Bari and the Maria S.S. Immacolata (also celebrated on the 9th of May). San Nicola has been the patron and protector of the city since 1290 and so the celebrations are filled with traditional processions, church services and local colour. While the celebration of the Immaculate Conception on the 8th of December is dedicated to the city’s other patroness who has been associated with the city since 1740.

For the ultimate list of events in Sicily see Sicilia in Festa an Italian website where you can search for events by location throughout the year.

N.B: All information updated as of November 2017)