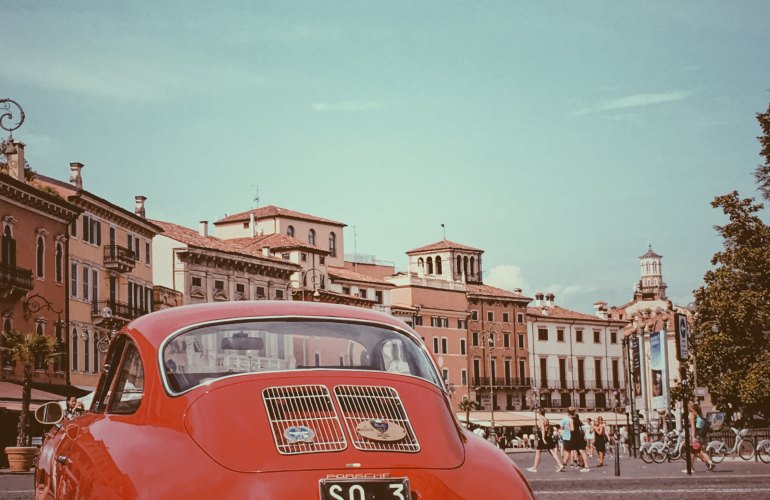 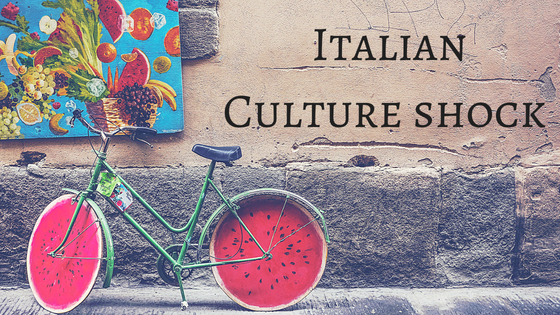 Once again Kelly from italianatheart.com, Jasmine from questadolcevita.com and Kristie of mammaprada.com have seemed to read my mind when it comes to posting topics.

It’s been a while since my last rant about the irksome parts of culture shock in Italy. To be honest, I’ve simply learned to adapt to most of the stuff I used to find bothersome, after all, you cannot pretend that an entire culture will change to fit your own convenience.

I take culture shock with a smile and try to put a comic slant on it. Most of the time I feel like David Attenborough in a BBC documentary, interacting with the natives while being fascinated, perplexed and amused at the same time.

To be honest, after 16 years of living in Italy, I often go through a strange kind of ‘reverse’ culture shock every time I’m back home in Australia (but that’s another story).

So here are ten points of culture shock which I still need to navigate and which sometimes bother me, make me laugh and others which aren’t too bad. The hilarious consequences of living in Italy instead of merely visiting. 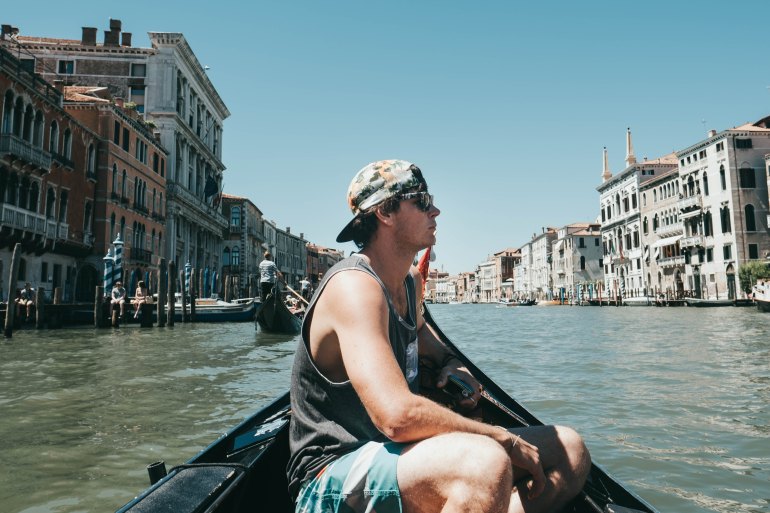 1. A lack of personal space

In Australia like in America, we have way too much space compared to the population. Here in Italy, there are a lot of people with respect to the physical space. The result is tiny apartments and houses, not enough parking and a population which has no problem invading other people’s personal space.

You will be spoken to way too close to your face, people do stare, your new in-laws will be commenting on your appearance and interfering simply because we have to live our lives ‘vicini, vicini’, up close and personal, it’s just the way it is. Yes, it’s suffocating, oppressing and soul destroying but you’ll get used to it.

The in-laws will be doing it out of love, the community wants you to be a part of it, and strangers simply have always done this. Don’t feel like a victim no one is out to get you, it’s the reality. 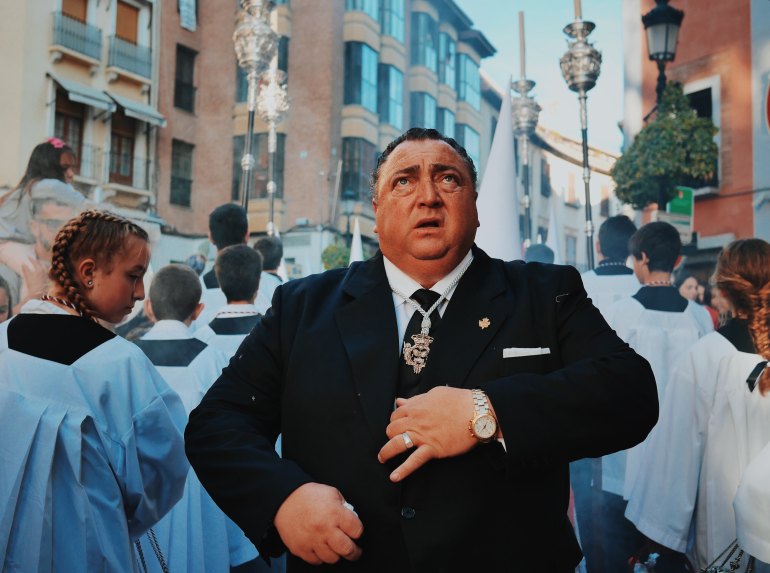 Italians can be terrible intellectual snobs, they are very proud of their language, hard-earned titled, jobs, and education. So be prepared to be extremely formal when first meeting people, be sure to use the special ‘lei’ ultra formal grammatical way of addressing teachers, doctors, lawyers and people who are older or more experienced than you.

I was surprised to discover Italian society has an intellectual class system. There is a distinction between those who can speak Italian well, with a particular level of education or accent and those who can’t.

As a foreigner, you will always be corrected when you make grammatical errors or reminded of your quaint accent. Over the past few years, I’ve been working in the local schools in Sicily, and I’ve transformed from a foreigner to a formal colleague of other teachers, who happily address me with the title of ‘maestra’ or ‘collega’ and using ‘lei’ instead of the informal ‘tu’.

I think it’s hilarious the silly game many Italians are forced to play. We are all the same people, get over your airs and graces. 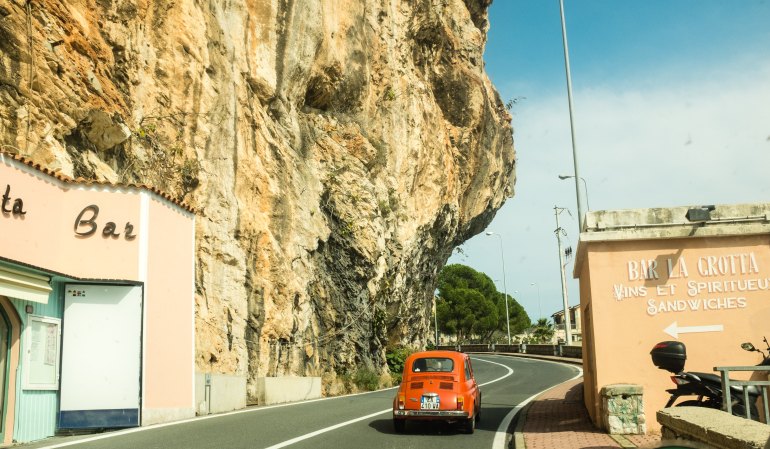 I’ve always been perplexed by the relationship between the sexes in Italy. I think women have a terrible struggle with sexism and bullying in Italy something which has never been acknowledged, for goodness sake, there isn’t even a word for sexism and harassment in Italian (eventhough the English terms are slowly being adopted.)

It has always bothered me how men and women in Italy cannot be considered merely friends, Italian’s have terms like fidanzato/a, amico/a which refer to boyfriend, girlfriend or fiancé, there is no term to express a platonic friendship, it’s sad, why can’t you just be friends without any sexual connotations or expectations?

While Italian men who are friends with other men seem to be a lot more intense, you will often see perfectly heterosexual men kissing one another on the cheeks, walking arm in arm, standing close to one another and embracing. If you saw this kind of male behaviour in any anglo saxon country, you would assume it was a gay couple. Not so in Italy.

Female friends are not so amicable, women are competing with other women, instead of lifting up one another, they are judging one another physically and playing the sexism game amongst themselves.

Even on a grammatical level, the Italian language drives me crazy as all objects are either male or female, it’s an epic task to recall which are which and how to make the definite and indefinite articles match up with the nouns. First, you need to identify the gender (masculine/feminine) then pay attention to the number (singular/plural) of the terms they refer to. It’s a daily struggle for me. 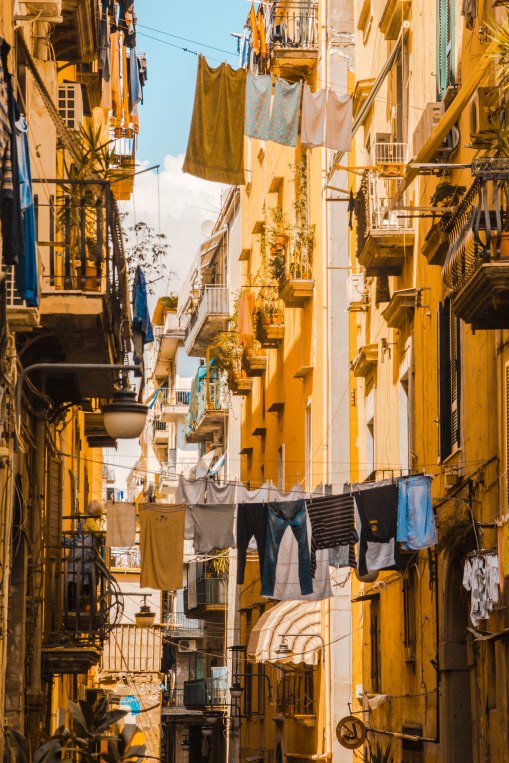 One of the things I noticed even on my very first visit to Italy is how dirty the place is, in the big cities it is dusty, people sweep their balconies out onto the street, laundry hung out to dry from balconies will drip on you as you walk by, you will accidentally step on abandoned dog poop and stumble upon dumped trash along the side of the road and under bridges (especially if there is some kind of labor strike occurring).

This is a massive social and environmental problem in Italy, which I hope Italians address soon. The concept of recycling is slowly being taught, and the use of plastic bags is banned by law. But there are large parts of Italy which have been permanently damaged by illegal dumping of toxic waste including areas outside of Naples, the sea floor near the island of Capri is in the middle of a major clean up and parts of Sicily’s interior near Gela and Caltanissetta have become terra bruciata– burnt out wasteland thanks to decades of a poorly managed petrochemical industry. All terribly heartbreaking.

Despite the negative aspects of culture shock, I love the pigheaded Italian approach to life. Their dedication to the Dolce Vita is what allows them to savour life to the full. Italy is all about slow living, taking the time to talk, socialise, taking care of themselves, enjoying a drink, a quick coffee, preparing good food, then taking the correct amount of time to taste and digest it all.

There is always plenty of holidays during the year to spend time with friends and family, as work is seen as a necessary evil and should not get in the way of living in the moment. Amen to making more memories and not more money. 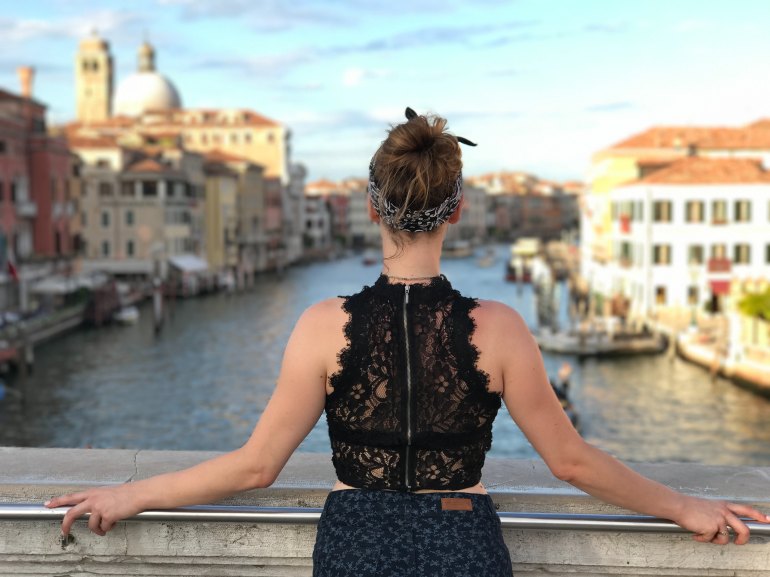 When you come to Italy, you can be assured that someone will be talking about you. The Italian gossip mill is an outstanding machine, it connects everyone to everyone else professionally and personally. So why not use it to your advantage!

Let people know you can teach English, take good photos for a reasonable price, make birthday cakes, babysit. It’s the best way to get a job, honestly! And also how to find a good plumber, electrician, accountant or lawyer.

Make friends with the local gossip, just be careful not to make too many waves, just blend in. Complain about the same things as they do, agree with them but don’t add to the venom. 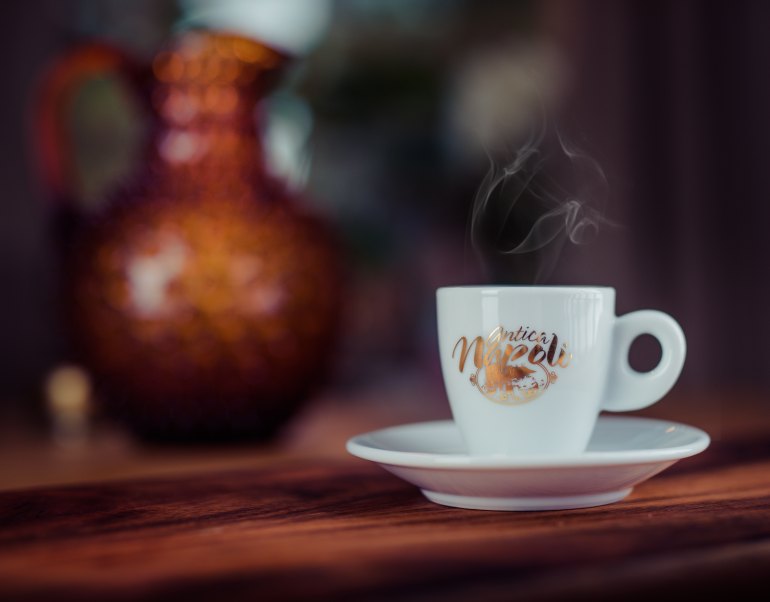 Italy has the best coffee in the world, yet having coffee here is quite a rigid traditional ritual. In Italy coffee is exclusively a short black (espresso), cappuccino is strictly a morning drink served with full cream milk and not piping hot.

A latte will give you some milk with a dash of espresso, a macchiato will provide you with a short black with a splash of milk. Coffee is served quickly standing up at a ‘bar’ or cafe together with other drinks like juices, wine, spritz and bitter aperitifs.

If you are after something more substantial, you could sit down at a wonky table and grab a cornetto (croissant), pastries or a quick panino but don’t expect much else.

An Italian bar is a spot you nip off to for ten minutes at a time when you are at work or if you have nothing to do during the day.

Starbucks has only just opened its doors in Milan this year (2018), so there is no takeaway coffee, no small, medium or large frappe, no free wifi or working on a computer at the cafe’. Sniff! 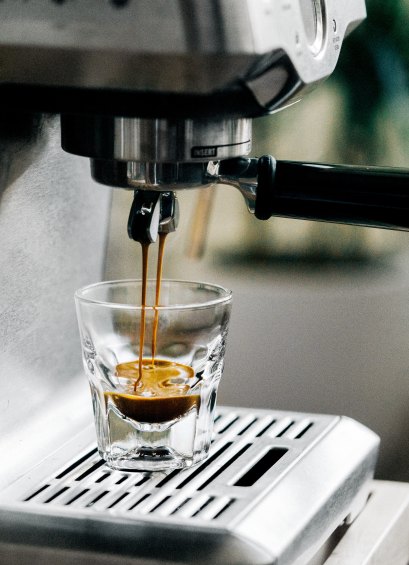 Medical practitioners in Italy rarely have an excellent bedside manner, it seems that’s been left out of the pre-requisites. So be sure to revise how to use the formal ‘lei’ form while addressing them and write a list of questions to ask and insist on them being clear because they ain’t wasting time on explanations, unfortunately.

The poor public hospitals are the victims of terrible cutbacks and lousy management, so be kind to the doctors and nurses as they are very stressed, they are doing their best despite any rough edges. 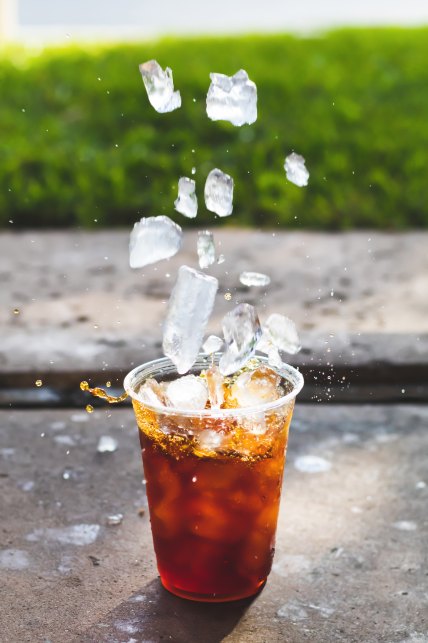 9. The danger of ice

Since we are at the beginning of a long hot tourist inducing Italian summer I thought I’d mention the fear Italians have of consuming cold drinks with ice and avoiding air conditioning. Many visitors are always complaining of the lack of icy cold beverages and arctic blast air con. I totally understand this insanity as I grew up in Australia where people used to put their glasses in the freezer to get their beer extra chilled.

I feel a little embarrassed for my Italian friends and family when I explain their avoidance of cold things in summer to others, as they believe it is bad for your health. It seems Italians are slight hypochondriacs and avoid icy drinks (except for granita) and air conditioning as they fear it could make them sick or in some extreme cases kill.

My husband is always telling me the same story about a school friend of his who drank an icy cold drink one summer and consequently dropped dead as the difference in temperature sent his body into shock. If this story were true, then I surely would have died of brain freeze many years ago. 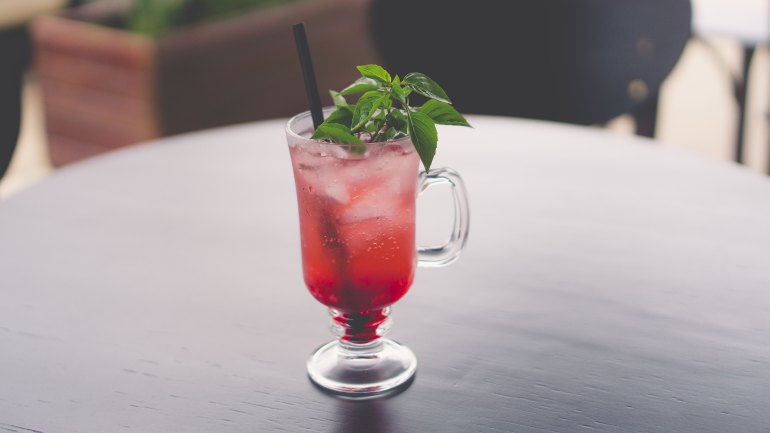 Now this may come as a surprise, but Italian bureaucracy has a gigantic problem with middle names. It is critical to consistently use all of your names on every possible documentation from bank accounts, I.D cards, passports, to bills, signatures and tax file numbers. You will be denied payments, get other people’s bills to pay and get perplexed looks from confused postal workers.

A signature is always written surname first then the first name followed by all middle names.

If you decide to abandon your middle names at the border as they are too confusing for Italians, then good for you as long as any other documents you use do not contain them as you will be forced to update everything if a middle name is discovered.

If you don’t have any middle names, lucky you!!

I’ve always had problems as my mother named me like a member of the British royal family with two middle names. In Australia, I always have to spell out my complex Italian surname as no one understood it or can pronounce it. So when I moved to Italy, I thought that’d be the end of that.

But it turns out my pronunciation of Del Borrello to a Messinese sounds like I am saying Gian Borello, numerous times my name has been transformed and one of my consonants robbed.

It seems Sicilians only like local surnames and not ones from other Italian regions. Santa pazienza! So it looks like I will always have a struggle with my name. 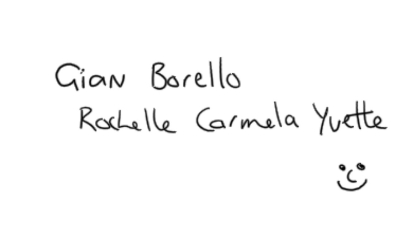 If you want to read some more about my experience with culture shock take a look at:

This is part of the #DolceVitaBloggers Linkup – #9 August 2018 – Culture Shock.