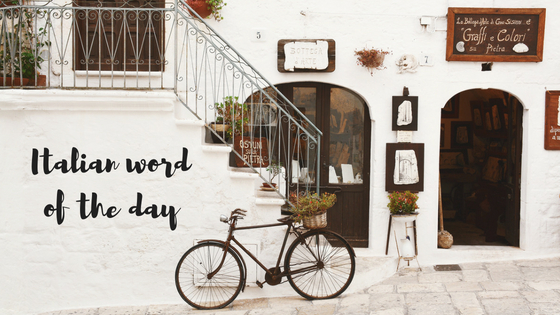 The Italian language is so visual, it has an ability to take an image or object and use it as a metaphor for a something much greater than itself.

In English it would be akin to the literary term metonymy (from the Greek change of name) which is the term for one thing as applied to another thing with which it has become closely associated for example: the crown for a king or the turf for horse racing.

Or in more specific cases the term synecdoche (Greek for taking together) which is taking a part of something and using it to signify the whole.

One example in Italian that comes to mind of metonymy is the concept of campanilismo (cam·pa·ni·lì·ṣmo) a medieval form of parochialism, associated with the historical bell towers which featured so prominently in the landscape of many ancient Italian cities. There was once a certain prestige if your town had a particularly tall or impressive bell tower and so campanilismo stemmed from the competitiveness or rivalry between one town to out do its neighbour.

In Tuscany, Siena would try and build a taller tower than Lucca or Florence and San Gimignano is filled with 72 towers. These days there is no real competition but the word reflects the steadfast pride and attachment each Italian has for his own home town. 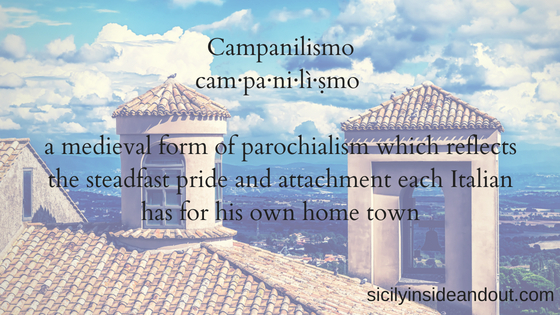 It has been two months since the Italian  general election and Italy’s political parties are still battling to form a government. There have been many behind close door meetings and much political wheeling and dealing which makes me think of yet another apt and rather poetical word to summarise the current situation in Italy.

Poltronismo (pol–tro–nì–smo) is the obsession many politicians have with obtaining and maintaining important high status positions for as long as they can. This ugly concept comes from the word poltrone (pol·tró·ne) which is a sofa. Nobody wants to give up a comfortable seat right?!?

So any cushy or well paid job is compared to a big soft, comfortable lounge chair.

Incidentally a poltrone is also a lazy person, someone who refuses to get up off his arse and do something.

The Five Star Movement  which is the biggest single party in Italy, led by Luigi Di Maio and its possible alliance with the Lega Nord, led by Matteo Salvini is motivated by a little bit of poltronismo. No doubt they are doing their best to occupy the biggest seat available in Italy. 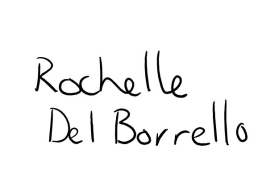 6 thoughts on “The imagery of Italian language”