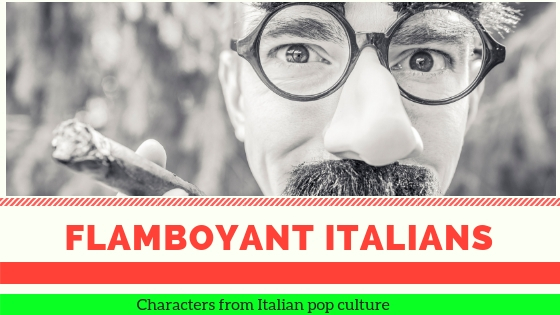 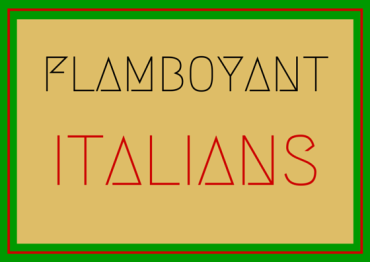 So I’m going to break it down into three parts to do justice to each of these characters. Italy has a history which encapsulates many elements of the Roman Catholic church, Rome is at the centre of its origins and development and is the point where the religion began to establish and disperse itself through the world.

So it is only natural to assume Italy is a staunchly Catholic country. Right? But as with many other elements of life in Italy, Italians have their unique way of interpreting religion and culture, which means this country is always in a state of constant flux and change. For example, Italy has been seen as the last bastion of masochistic behaviour, giving the vote to women as late as 1945 (1925 for local elections) and legalizing divorce in 1970.

In recent years the country has been running fast trying to catch up with the rest of Europe, quickly inserting women into a ‘pink’ quota in parliament and trying to liberate women while still maintaining dancing-girls on their t.v programs. While there is always an exception to the rampant P.C, female role models are still few and far between.

Modernizing an ancient culture is always going to be a problem and yet observing Italy’s metamorphosis, I’m fascinated to see shining examples of public figures which seem to be at odds with the traditions dictated by a once stringently moralistic and closed society that Italy once was.

Now if women’s rights have been so backwards, you can imagine how gay and lesbian rights are in Italy. I can think of three wonderfully famous figures who have managed to become widespread despite any sexism or homophobia.

I imagine they had to combat against the haters but their names are as well-known as any other famous Italian politician or T.V personality and that is something positively amazing in a country like Italy.

So let me introduce you to Cicciolina, Vladimir Luxuria and Platinette.

Proud activists who have shined and continue to be popular. 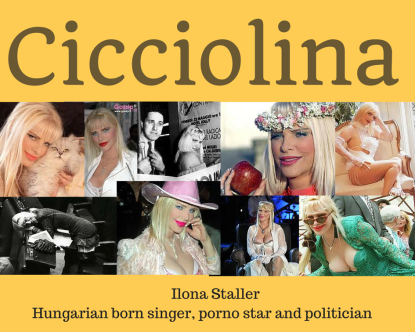 In this period there were hundreds of political parties who divvied up the Italian’s votes. A famous song from Italian poet and performer Georgio Gaber jokes, if one Italian agrees with another, they form a political party, as you only need one vote to be in the majority.

Cicciolina was elected into Italian parliament in 1987 as a senator for the Radical Party with only 20,000 votes. Cicciolina M.P’s career highlights included being a dedicated environmentalist, offering to have sex with Saddam Hussein and later Bin Laden in return for peace, delivering speeches while exposing her breasts and promptly accepting an annual parliamentary pension of €39,000 a month at the age of 60 after a total of 4 years in parliament.

For a moment Italy’s Cicciolina was famous, but this episode caused significant embarrassment and nothing similar has occurred since.

Everyone loved Cicciolina, she was controversial, confronting and for that reason alone she was a revolutionary symbol even if she wasn’t a productive politician.